I attended the W-JAX 2019 conference beginning of November in Munich. It is a big conference for software developers and had somewhere between 1300 and 1500 participants. Here are some impressions and pictures.

This is the team preparing our booth: unpacking, setting up the background 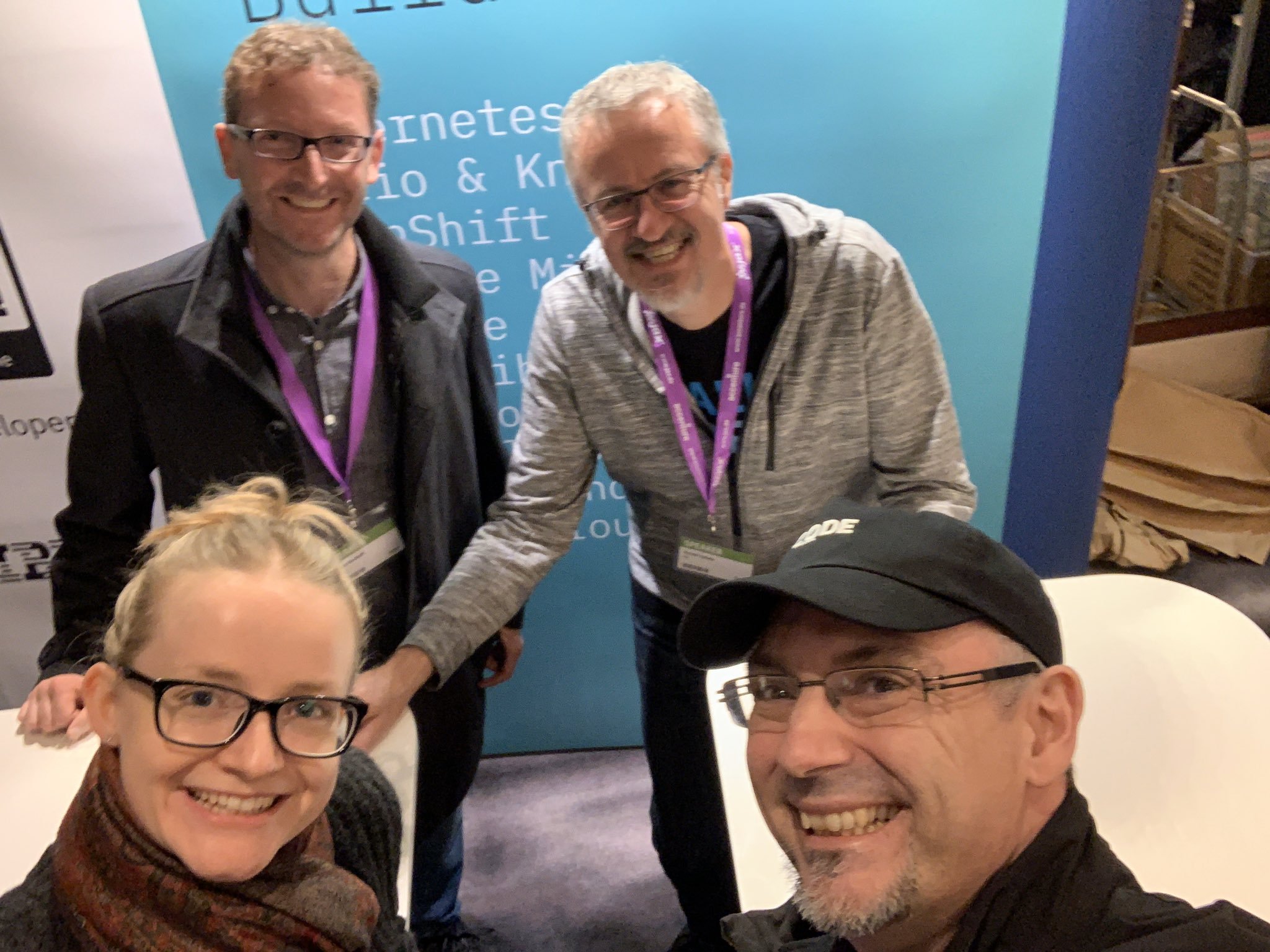 Front: Miriam and Thomas, back: Niklas and myself

Emily Jiang, our MicroProfile hero from the IBM Hursley lab, did On Stage Hacking: “Building a 12-Factor Microservice”: 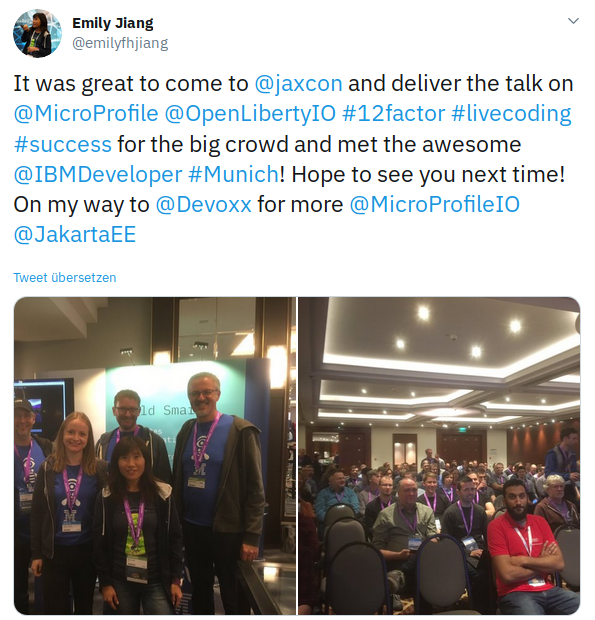 Grace Jansen, Developer Advocate and also from the IBM Hursley lab, presented “Reacting to the Future of Application Architecture” : 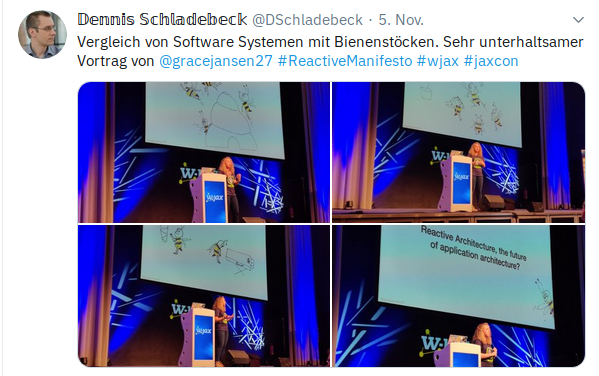 The next IBM session at W-JAX was Niklas Heidloff and myself explaining “How to develop your first cloud-native app in Java”. I never had such an attentive audience asking so many clever questions … maybe giving out swag (T-Shirts with the cool IBM rebus logo) for asking good questions does help :-) 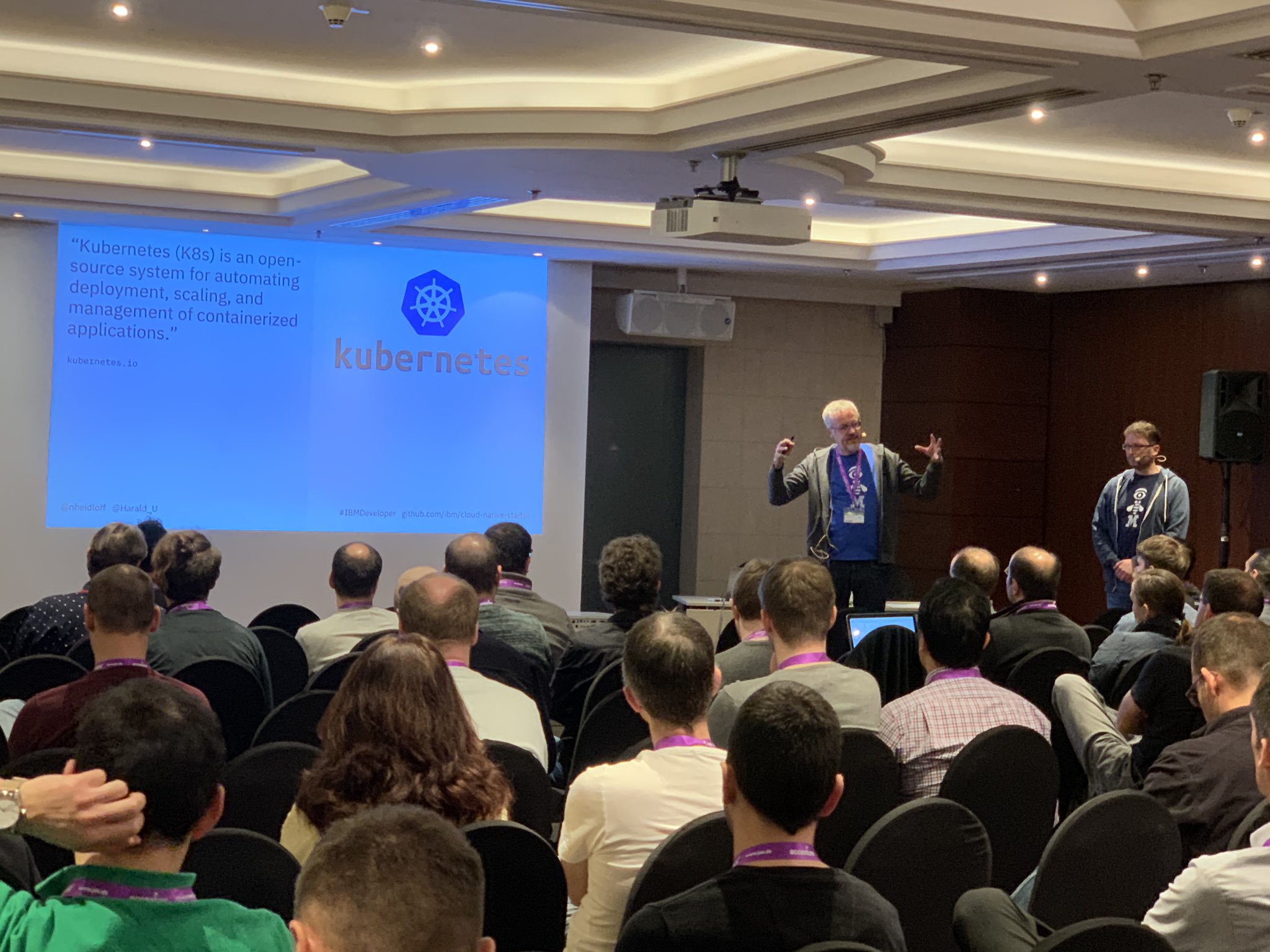 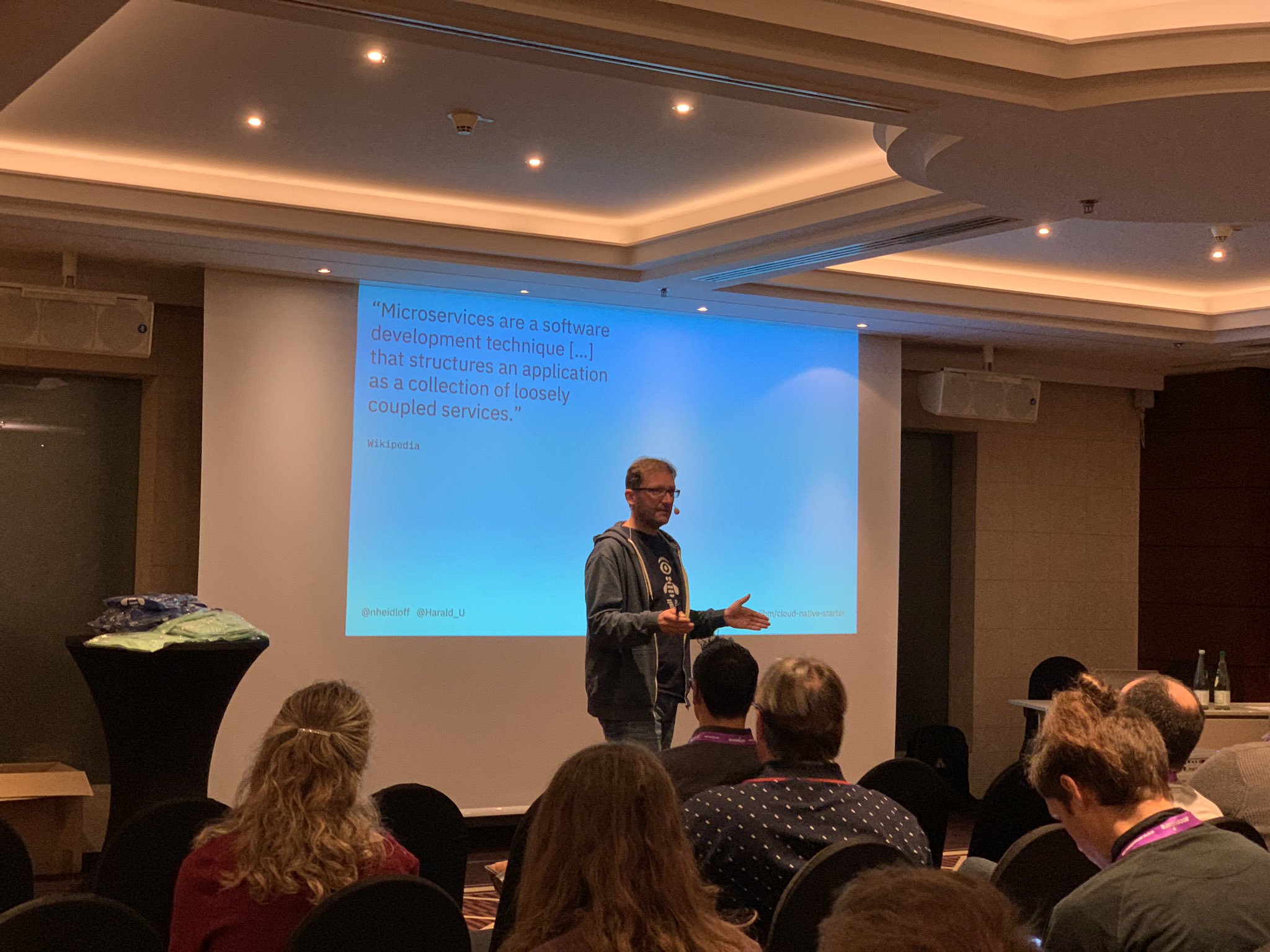 And finally Jeremias Werner, Senior Software Developer at the IBM Böblingen lab, presented “A peek behind the scenes and how Knative is changing the serverless landscape” (unfortunately the link to his agenda topic doesn’t work: HTTP 404): 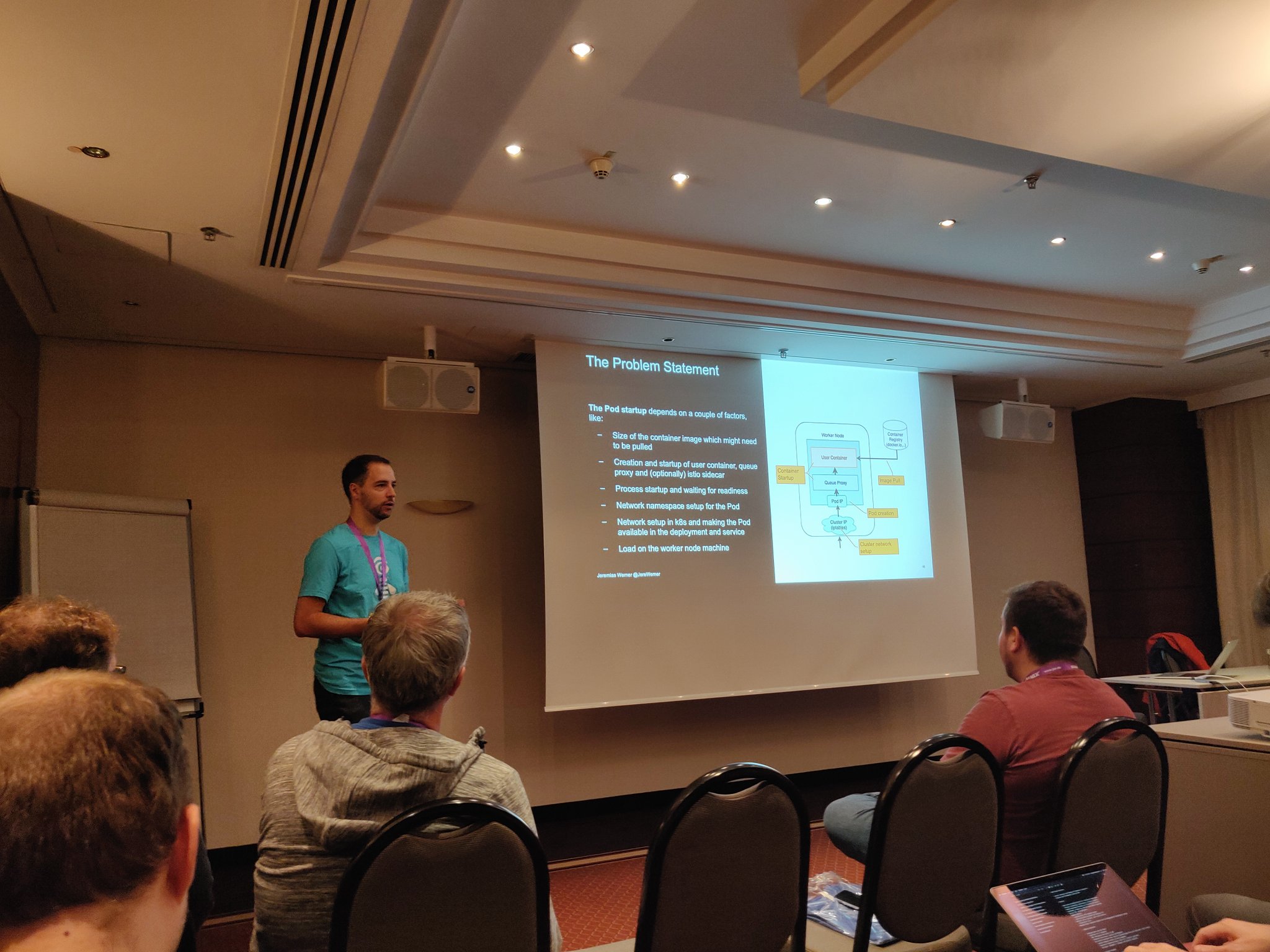 Between the talks we were quite busy at the booth:

Some people work at a new career path as movie star :-)

Thomas is interviewed by the W-JAX team

And of course Blue Cloud Mirror, our Open Source game project, was an attraction at the booth: 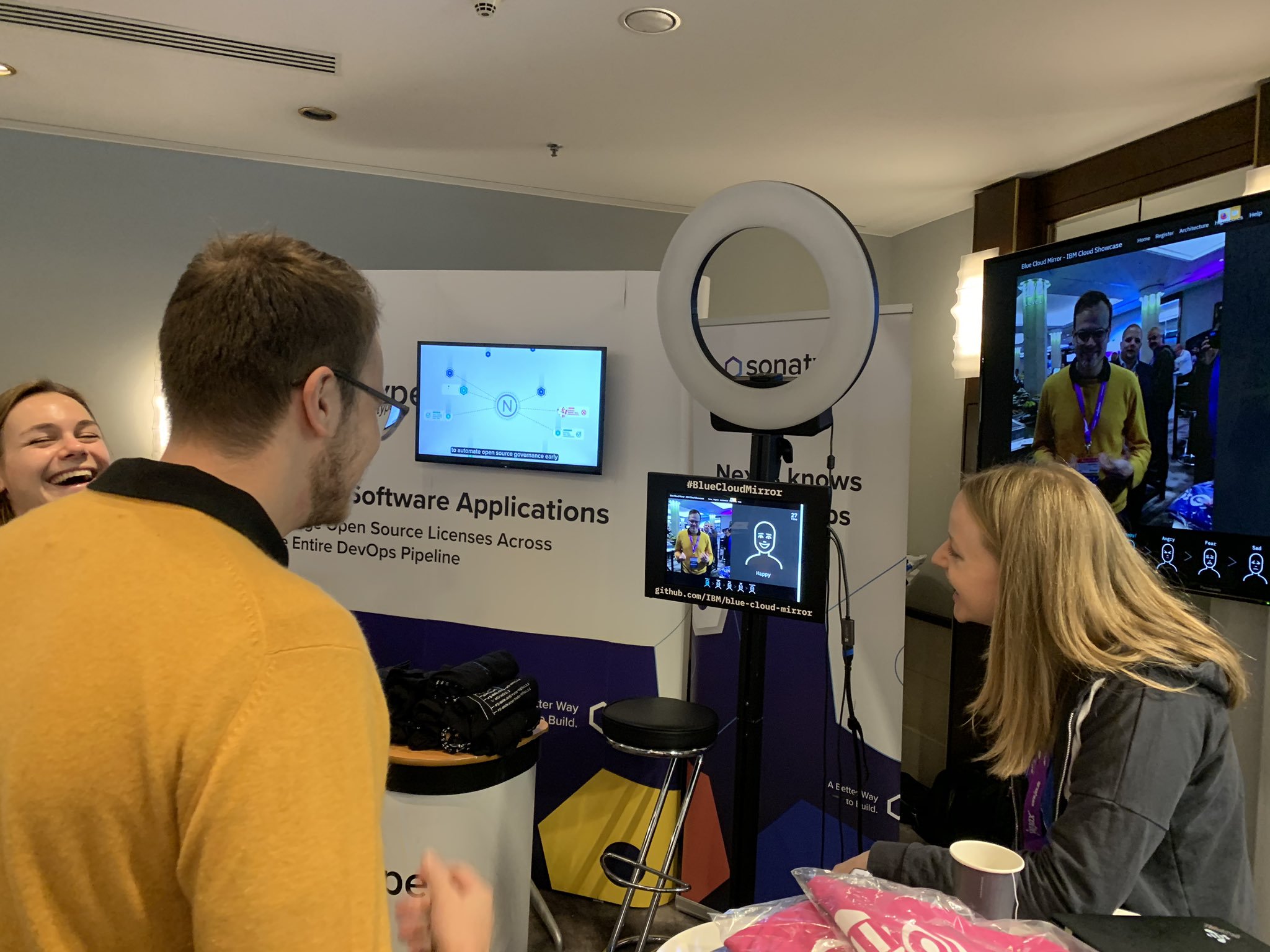 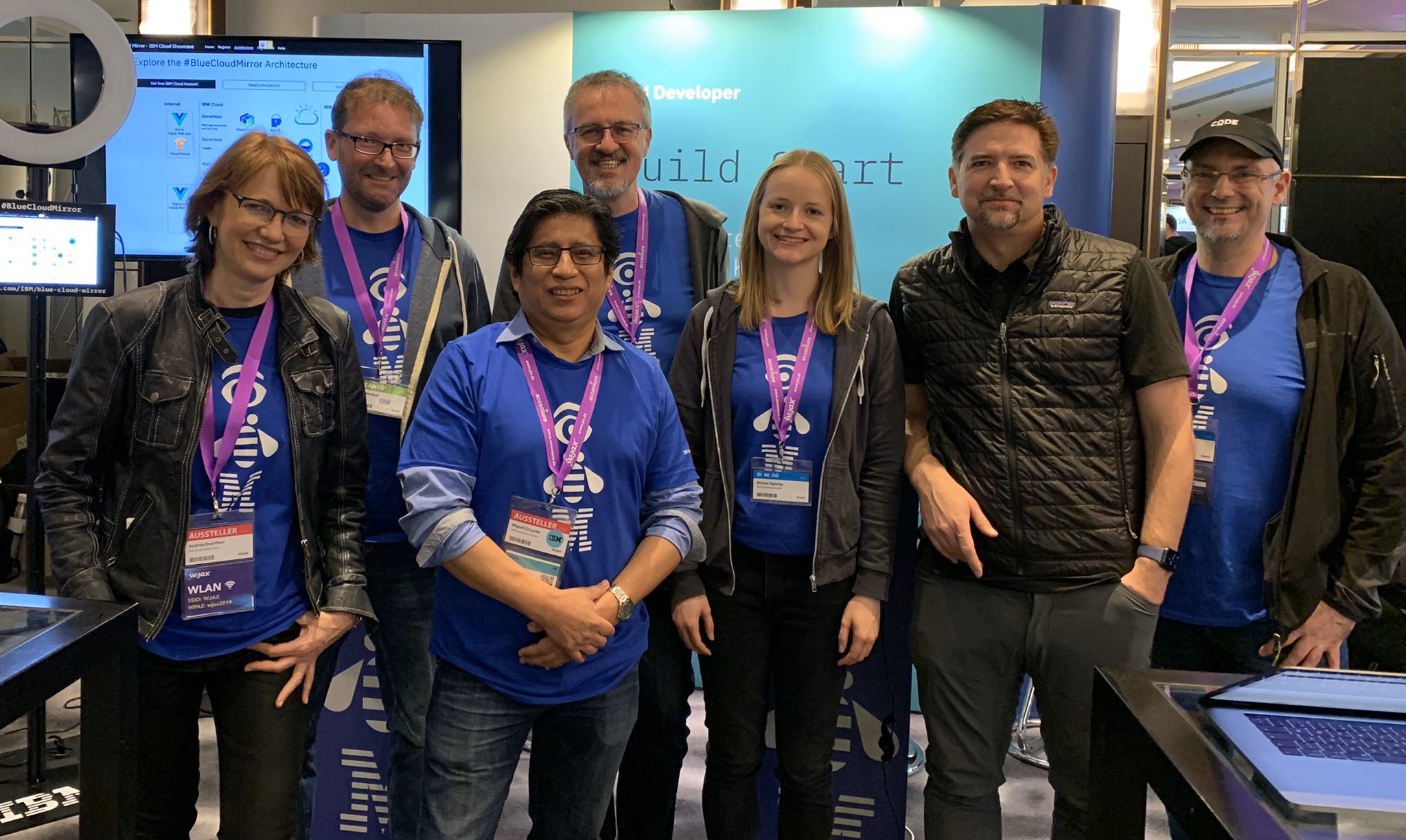 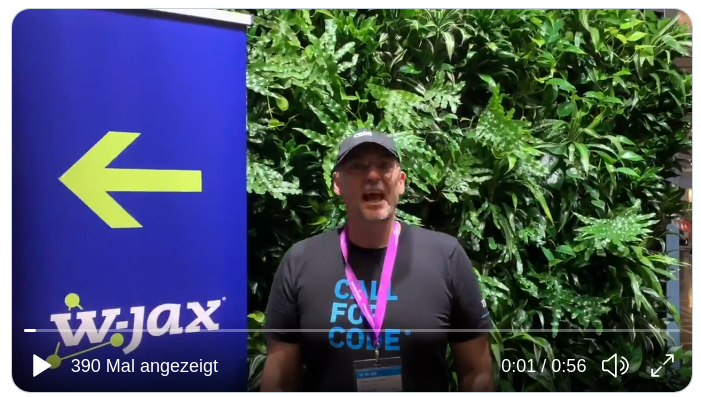 Feierabendbier at day 2 … and we do the coolest boomerangs! 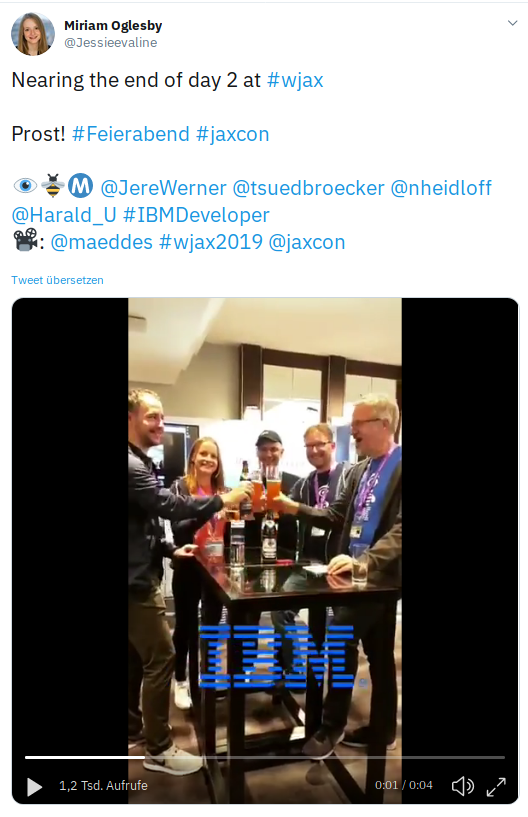